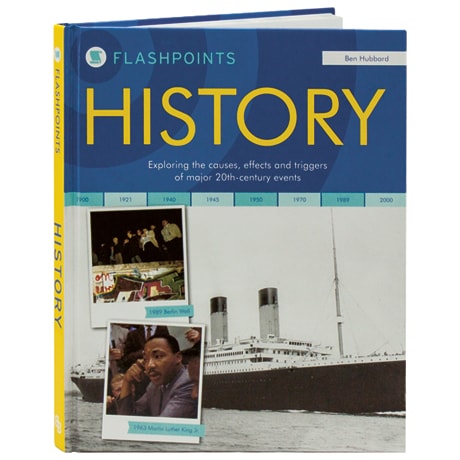 When did Jessie Owens become more than just a sportsman and Winston Churchill more than a politician? How did Beatlemania begin? Could World War I have been avoided? Describing key moments that defined eras, events, and major figures of the 20th century, this illustrated timeline history for readers 10 to adult explores such flashpoints as the Russian Revolution and the Wall Street Crash of 1929, the rise of the Nazi party and the dropping of the atom bomb on Hiroshima, the launch of the Internet and the panic over digital systems failing at the turn of the year 2000. Here too are leaders, athletes, and celebrities from JFK to Bob Dylan, Albert Einstein to Nelson Mandela.