How the World Moves: The Odyssey of an American Indian Family 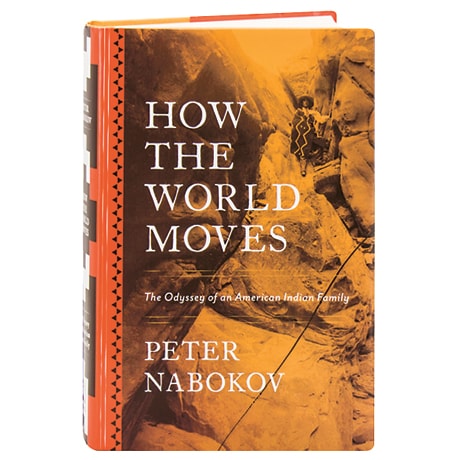 How the World Moves: The Odyssey of an American Indian Family

Born in 1861 in New Mexico's Acoma Pueblo, Edward Proctor Hunt followed tribal traditions that had been unchanged for centuries; after attending government schools, however, he became a shopkeeper and a broker between the Native and white worlds, and his children followed a similar path. Chronicling Pueblo Indian life and Anglo/Indian relations over the past century and a half, Peter Nabokov explores how this entrepreneurial family capitalized on the nation's passion for Indian culture, and dramatizes how the Hunts—like immigrants throughout history—faced anguishing decisions over whether to stay put or strike out for economic independence, and experienced the passage from tradition to modernity.

"[A] dazzling biography of a man whose life both spanned and exemplified extraordinary cultural changes.... [This book] generates its own dizzying cosmology, a universe in which cultures collide, indigenous people become refugees, and many have to 'strike hard bargains between tradition and progress'."—Boston Globe

"This brilliant family biography shines a floodlight onto the last century of Indian experience, lifting some of that shadow and revealing extraordinary people who were both heroic survivors and creative architects of a new, modern identity. Nabokov has produced an epic, instructive tale. If you thought you understood America and its past: think again."—Frederick E. Hoxie