TIME-LIFE Books: Mysteries of the Unknown: Inside the World of the Strange and Unexplained 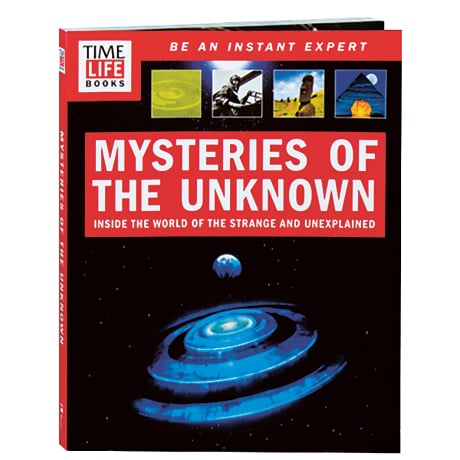 TIME-LIFE Books: Mysteries of the Unknown: Inside the World of the Strange and Unexplained

Are there people who can predict the future? Can we live on as ghosts after our deaths? And are we alone in the universe? From zombies to Bigfoot, and from crop circles to demonic possession, here are the topics that keep us awake late at night. Color images appear on every page, while the texts use fact, speculation, and dry wit to investigate mystery men (Grigori Rasputin, Edgar Cayce, Aleister Crowley), monsters (Mothman, the Loch Ness Monster, the Kraken), places (Atlantis, the Egyptian pyramids, the lost colony of Roanoke), and urban legends (the Kennedy curse, the Roswell aliens, rock 'n' roll's "27 Club").