The Good Heart: His Holiness the Dalai Lama 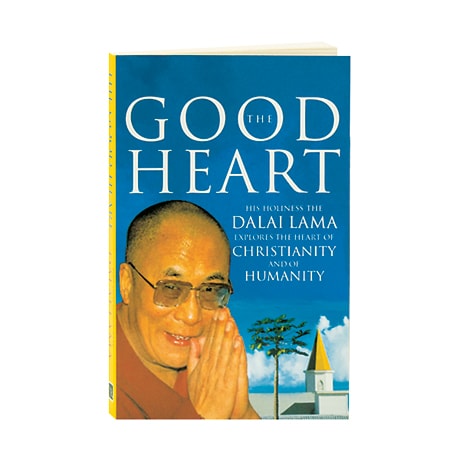 The Good Heart: His Holiness the Dalai Lama

In this landmark book of interreligious dialogue, the Dalai Lama provides an extraordinary Buddhist perspective on the teachings of Jesus, commenting on well-known passages from the four Christian Gospels including the Sermon on the Mount, the parable of the mustard seed, the Resurrection, and others.

"The result of the Dalai Lama's decision to lead the 1994 John Main Seminar sponsored by the World Community for Christian Meditation, this book is a record of the seminar. It is refreshing to read the Dalai Lama's meditations on the New Testament selections, many of which he had never read before this seminar but which are among the most familiar for Christians. As His Holiness thinks about famous passages like the Sermon on the Mount (Matthew 5:1-10) and Jesus' resurrection appearance to Mary (John 20:10-18), we see them from the entirely new perspective of Tibetan Buddhist spiritual knowledge and understanding. Consequently, familiar passages are renewed and opened to unexpected insights. In his readings and his dialogues with other seminar participants, the Dalai Lama establishes himself as an authentic presence respectful of Christian traditions. Indeed, he insists that his purpose in the dialogues is not to cast doubt on Christianity but to help others rediscover the deeper meaning and power of the Christian tradition. This is a fascinating book which deserves a great deal of attention in these times of multicultural exchange."—Publishers Weekly