American Apostles: When Evangelicals Entered the World of Islam 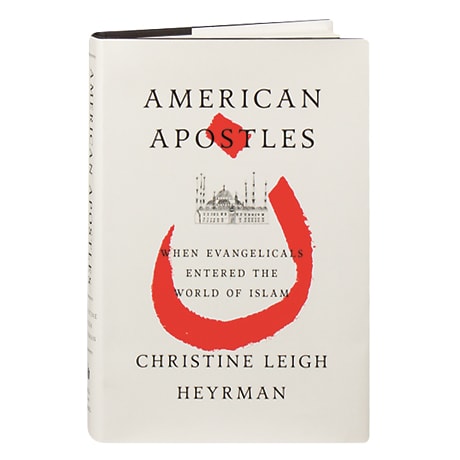 American Apostles: When Evangelicals Entered the World of Islam

The author of Southern Cross: The Beginnings of the Bible Belt, Bancroft Prize winner Christine Leigh Heyrman chronicles the first, fateful collision between American missionaries and the religious cultures of the Levant. Pliny Fisk, Levi Parsons, and Jonas King, little known today, commanded national attention 200 years ago as founding members of the Palestine mission, venturing to Ottoman Turkey, Egypt, and Syria. They thrilled American readers with their travels and exploits, though their private papers reveal that all did not go as planned, and the evangelists felt their own spiritual perspectives shift. Some members of the mission reacted with cosmopolitan tolerance, but others devised images of Muslims that fueled America's first wave of Islamophobia, and forged the future character of evangelical Protestantism itself. Heyrman shows how the Palestine mission held the promise of acquainting Americans with a fuller and more accurate understanding of Islam; instead it ultimately bolstered a more militant Christianity, one that became the unofficial creed of the United States over the course of the 19th century.

"Heyrman's engaging writing makes even obscure points of doctrine seem exciting and relevant, and her focus on the ambitions and misgivings of the diverse individuals populating her narrative will appeal to casual readers and specialists alike. An incisive sociological lens on a religion in flux, which, though centuries distant, continues to hold relevance for the present day."—Kirkus Reviews