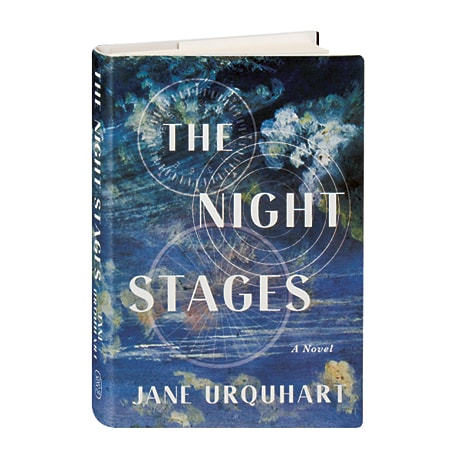 After serving as an auxiliary pilot in World War II, Englishwoman Tam settles on a remote westerly tip of Ireland, embarking upon a romance with Niall, a meteorologist. In this 2015 novel by the author of A Map of Glass and the Governor General's Award-winning The Underpainter, Tam eventually leaves the increasingly despondent Niall and sets out for New York. Fog grounds her plane in Newfoundland, but there she discovers a mysterious mural that causes her to reflect back on Niall's troubled childhood. Interwoven with Tam's tale is the story of Niall's brother Kieran, who was raised by a widow in an idyllic mountain village, but whose eventual disappearance will overshadow Tam and Niall's relationship.

"[This novel] tells a story at once sweeping and intimate-of love and flight, of brothers and art, and of Ireland. In her crystalline prose, Jane Urquhart creates an emotional story that manages to feel both very real and deeply mythic. A beautiful, moving constellation of people, places, and ideas."—Jane Mendelsohn