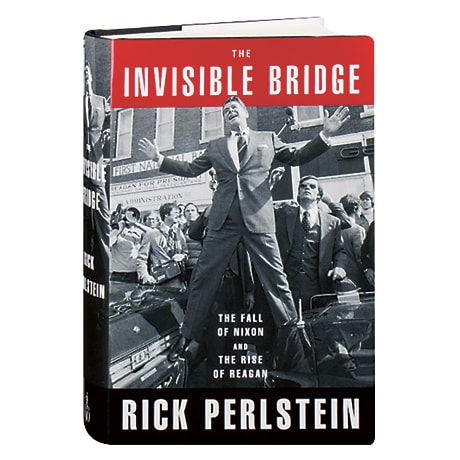 In the wake of the Watergate scandal that forced Richard Nixon from office, his successor Gerald Ford declared that, "Our long national nightmare is over"; the subsequent fall of South Vietnam, a CIA scandal, and the advent of an economic recession soon proved Ford wrong. A sequel of sorts to his Nixonland, Rick Perlstein here examines how Ronald Reagan became a formidable threat to Ford's 1976 re-election bid, and charts how the smiling Californian built upon this experience to mount a successful campaign for the presidency in 1980, laying the groundwork for a new form of conservatism.

"Engrossing.... Invaluable to readers aching to find answers to why the country is so deeply polarized today."—New York Times

"One of the most remarkable literary achievements of the year.... [This book] covers three years in 800 pages, but somehow, you don't want it to end.—NPR

"Rick Perlstein has established himself as one of our foremost chroniclers of the modern conservative movement.... Much of [the book] is not about politics per se but about American society in all its weird, amusing, and disturbing permutations. He seems to have read every word of every newspaper and magazine published in the 1970s and has mined them for delightful anecdotes.... It would be hard to top it for entertainment value."—Wall Street Journal