Miracles of Life: Shanghai to Shepperton, An Autobiography 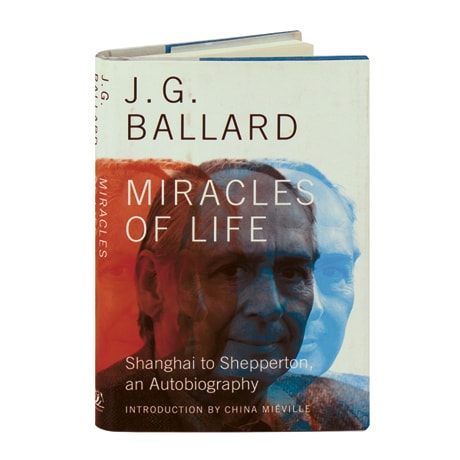 Miracles of Life: Shanghai to Shepperton, An Autobiography

Praised by Martin Amis as "the most original English writer of the last century," J.G. Ballard (1930–2009) has always been something of an enigma, seen through the prism of his brutal yet perceptive satires of modern life. Written at the end of his life, this memoir looks back on Ballard's childhood in Shanghai, particularly his family's incarceration in the Lunghua Camp during World War II, later the basis for his bestselling novel—and the Steven Spielberg film—Empire of the Sun. With characteristic wit, Ballard also recounts his move to England and first attempts to establish himself as a science fiction writer; here too are his accounts of raising his children alone after the death of his wife, and his final battle against cancer.

"Warmer, plainer and more elegiac than his admirers may have foreseen.... Beneath Ballard's inherently critical mind, and in contrast to the alienation that permeates his fiction, [this memoir] slowly unfolds into a rather big-hearted book about family and child rearing.... I read it with deep interest as critic and father."—New York Times