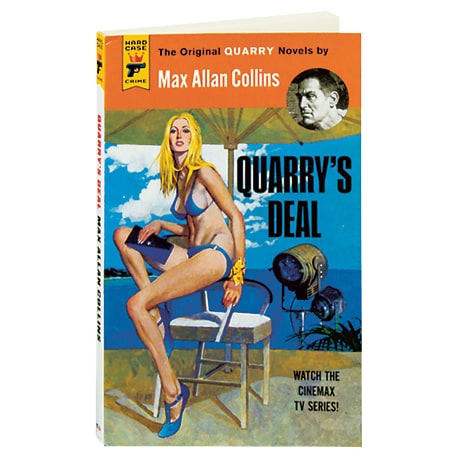 Originally published in 1976 as The Dealer, this third hard-boiled thriller in the Quarry series follows the former Marine Corps sniper, now a contract killer, as he embarks on a plan to target other hitmen. Working from a purloined list, he means to track down a killer and follow him to his intended victim, where he then plans to stop the hit for a fee. But the hitman he follows from steamy Florida to the sober Midwest isn't a man at all, she's a sloe-eyed beauty named Glenna Cole, as dangerous in bed as she is deadly on the job. Has Quarry finally met his match?

"The hit man ends up mixing the personal with the professional when he becomes emotionally involved with Glenna, even as he identifies her prey and tries to profit from that information. Fans of spare but effective prose in the service of a taut thriller will be satisfied."—Publishers Weekly