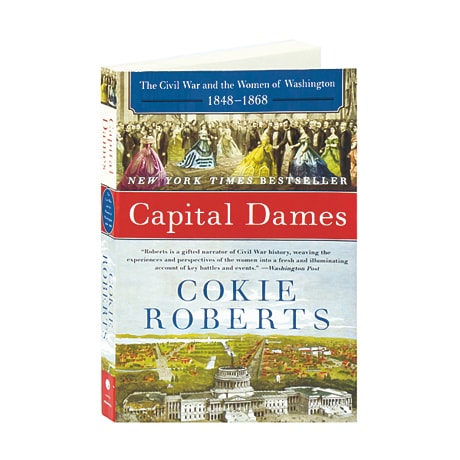 In this riveting follow-up to her New York Times bestsellers Founding Mothers and Ladies of Liberty, Cokie Roberts marks the sesquicentennial of the Civil War with a sustained look at the experiences, influence, and contributions of Washington, D.C.'s women during this momentous period of American history. Sifting through newspaper articles, government records, and private letters and diaries—many never before published—Roberts brings the war-torn capital into focus through the lives of its formidable women, examining here their increasing independence and their indispensable role in keeping the Union unified through the war, as well as helping it to heal once the fighting was done.

"Roberts is a gifted narrator of Civil War history, weaving the experiences and perspectives of the women into a fresh and illuminating account of key battles and events, from John Brown's raid on Harper's Ferry to the assassination of the president."—Washington Post