Mightier Than the Sword: Uncle Tom's Cabin and the Battle for America 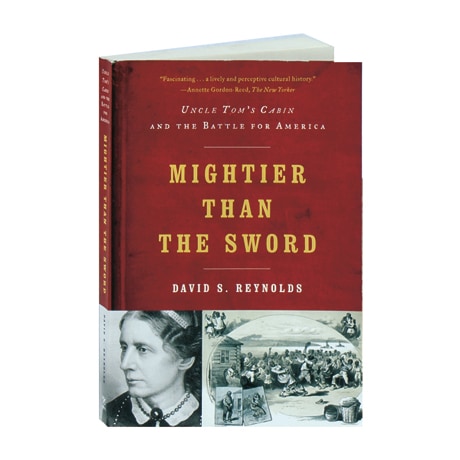 Mightier Than the Sword: Uncle Tom's Cabin and the Battle for America

"So you're the little woman who wrote the book that made this great war," Abraham Lincoln allegedly said upon his 1862 meeting with Harriet Beecher Stowe, and in hindsight, Uncle Tom's Cabin was every bit as inflammatory as the president had suggested. Here the Bancroft Prize-winning author of Walt Whitman's America and Waking Giant: America in the Age of Jackson reveals the book's impact not only on the abolitionist movement and the American Civil War but also on worldwide events, including the end of serfdom in Russia, as well as its influence in the 20th century. David Reynolds's history is also a profile of Stowe, whose background as the daughter in a famously intellectual family of preachers was fundamental to her novel.