Shakespeare and the Countess: The Battle that Gave Birth to the Globe 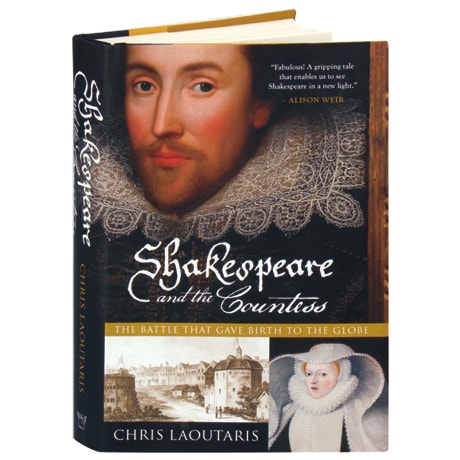 Shakespeare and the Countess: The Battle that Gave Birth to the Globe

(Named one of the Best Books of 2014 by London's Telegraph and Observer) In his debut biography, Shakespeare Institute lecturer Chris Laoutaris gives us a remarkable new perspective on the life and fortunes of William Shakespeare. In November 1596 the Bard's career was very nearly ended by a woman with a vendetta against him. Though forgotten today, Elizabeth Russell was never far from controversy when she was alive; she sparked numerous riots and indulged in bribery, break-ins, and kidnapping. In exploring the life of this extraordinary woman, Laoutaris explains why she waged war with Shakespeare, and how events she set in motion led inadvertently to the creation of the Globe Theatre.

"Chris Laoutaris reveals an untold story about William Shakespeare, uncovered by his ground-breaking research.... It's a gripping tale that enables us to see Shakespeare in a new light.... I could not recommend it highly enough."—Alison Weir