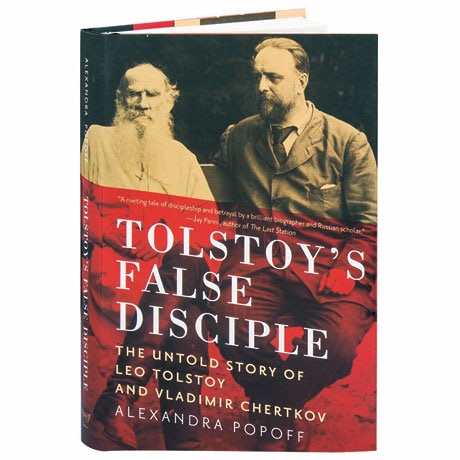 An astute observer and judge of human nature, Leo Tolstoy nonetheless had a blind spot: for three decades, he maintained a close friendship with Vladimir Chertkov, whose wealth, worldliness, and ties to the Russian police were the antithesis of what Tolstoy cherished. Delving into the friends' more than 2,000 letters—many of them long suppressed by Soviet authorities—Alexandra Popoff paints a compelling double portrait of a beloved cultural figure and his domineering disciple, a man who feuded with Tolstoy's wife, read his diary, and ultimately edited his works. The story of this intense, toxic friendship inspired Jay Parini's 1990 novel The Last Station and the 2009 film by the same name.