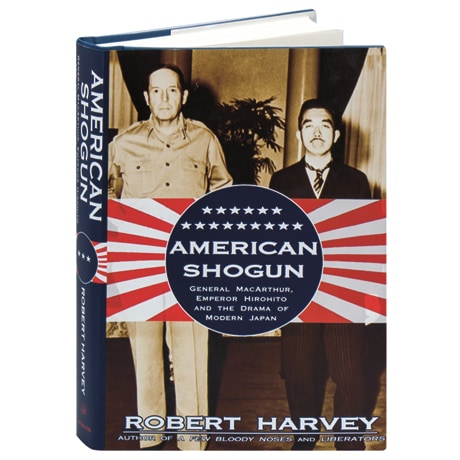 In the years leading up to Pearl Harbor, Japan was becoming the most industrialized state in Asia, even as its feudal heritage drove ambitions of conquest and empire, while across the Pacific, the United States was emerging from the Great Depression and reasserting its role as a global power. This fascinating history from foreign affairs journalist and former Member of Parliament Robert Harvey chronicles how today's partnership between Japan and the United States was forged by the confrontation, and finally the reconciliation, of these competing agendas and cultures in World War II. Harvey finds this complex dynamic personified by two men who seemed unlikely enemies in war, let alone partners in peace: General Douglas MacArthur and Emperor Hirohito. Under his scrutiny, the superficial characterizations of MacArthur (a brilliant, arrogant maverick, elevated to the level of popular hero and policy maker) and Hirohito (a passive intellectual heir considered a divinity by his people) give way to a much more nuanced narrative as well as a revealing portrait of these extraordinary figures.

"September 27, 1945, was a remarkable day. A vanquished emperor—one said to be directly descended from the sun goddess and possessing a blood line 2,000 years old—paid humble fealty to a middle-class, pipe-smoking American who hadn't bothered wearing a jacket or tie for the occasion.... MacArthur's task, as he saw it, was to forge Japan into a democracy without upsetting its ultratraditional society and institutions. He accomplished many, but not all, of his aims: Japan arose to become the world's second-greatest economy and a technological superpower, but remains a bastion of stiff social hierarchies and consensus-building that refuses to submit to a painful postwar self-examination. Harvey dissects the long, complicated, fascinating relationship between Japan and America through a dual biography of the shogun and the emperor—and the rival systems they represented. Harvey is well aware of the book's timeliness. MacArthur's efforts to export democracy to an alien culture, he says, contain 'immense lessons for the American occupations of Iraq and Afghanistan'."—Publishers Weekly

"A wide-ranging but accessible synthesis for popular-history readers. Chronologically, [the author] tracks Japan's politics between the Meiji restoration and the end of the Allied occupation in 1952, and becomes increasingly biographical as MacArthur and Hirohito come onto the scene in the 1920s, wield degrees of national influence in the 1930s, and lead militaries in World War II. Harvey directly addresses the controversy surrounding Hirohito's responsibility for sanctioning Japanese aggression, speculating that while he is recorded as having opposed war, he hesitated to act for fear of assassination. Informative about Hirohito's retiring personality and MacArthur's aloof hauteur, Harvey strings their activities through the occupation years and scores wins and losses in the Allied administration, with an accent on the lives that personalizes the clash of their countries."—Booklist