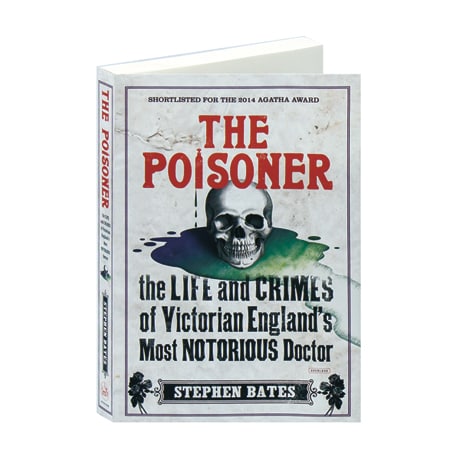 In 1856, a baying crowd of more than 30,000 people gathered outside Stafford prison to watch the hanging of Dr. William Palmer—respectable, middle class, personable—who was suspected in the poisoning deaths of dozens of people, including his best friend, his wife, and his mother-in-law, and cashing in on their insurance to fuel his worsening gambling addiction. As Stephen Bates relates in this history, one question still gnawed at many who knew the case: was Palmer truly guilty? Using previously undiscovered letters from Palmer and new forensic examination of his victims, Bates presents not only an astonishing and controversial revision of Palmer's life, but also takes the reader into the very psyche of a killer.