The Vows of Silence: A Simon Serrailler Mystery 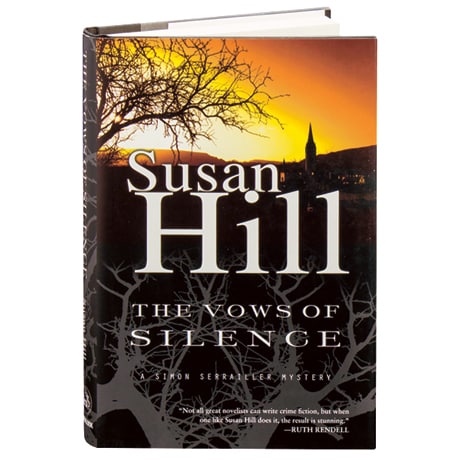 The Vows of Silence: A Simon Serrailler Mystery

In the peaceful English cathedral town of Lafferton, someone is shooting young women at random; given the variety of guns being used, is it one killer or two? That's what Simon Serrailler intends to find out, in this fourth outing from 2008, following The Risk of Darkness. The detective is already dealing with a tragedy in his own family, however, and he is also assigned to safeguard the upcoming fair and the wedding of the Lord Lieutenant's daughter. It's a lot to figure out, and Serrailler is all too aware that he doesn't have much time.

"It's the intelligence of this brooding series that rivets a reader's attention."—Maureen Corrigan, Washington Post

"This is a crime series that specializes in sidestepping conventions, always to exhilarating effect.... These books succeed in harnessing all the genre's addictive power while maintaining a complexity and fascination entirely their own."—The Independent (UK)