The Wooden Horse: The Liberation of the Western Mind, from Odysseus to Socrates 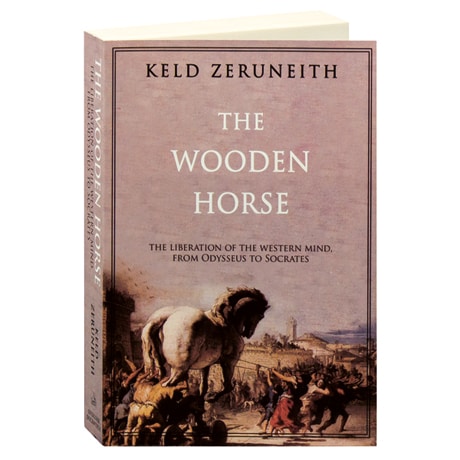 The Wooden Horse: The Liberation of the Western Mind, from Odysseus to Socrates

When Odysseus conceived the so-called Trojan Horse to overcome the stalemate in the Trojan War, something more profound was being established, argues Danish historian and comparative literature scholar Keld Zeruneith. This resolution through strategic thinking rather than brute physical conflict was a shift in logic signaling nothing less than the liberation of the modern mind. By examining Homer's great epic poems, the Iliad and Odyssey, as well as other dramatic and poetic masterpieces of the time and the works of the pre-Socratic philosophers, Zeruneith makes a provocative argument about the origins of our modern consciousness.