On the Fields of Glory: The Battlefields of the 1815 Campaign (The Napoleonic Library) 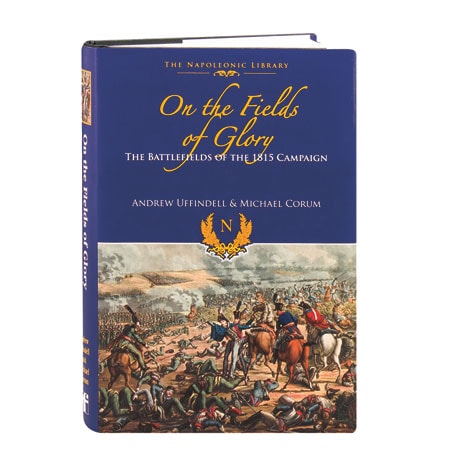 On the Fields of Glory: The Battlefields of the 1815 Campaign (The Napoleonic Library)

One of the most scrutinized battles in history, Waterloo gets an in-depth look in this multifaceted book, which includes an analysis of events leading up to the fateful day, its aftermath, and the ways it is commemorated with monuments. The battle itself is described in meticulous detail, while the illustrations include maps as well as 32 pages of black and white photographs. The inclusion of previously unpublished letters from British officers, the recollections of a Dutch-Belgian staff officer, and the memoirs of a French colonel of cuirassiers all contribute to an understanding of what it was like to fight in one of Europe's most crucial confrontations.