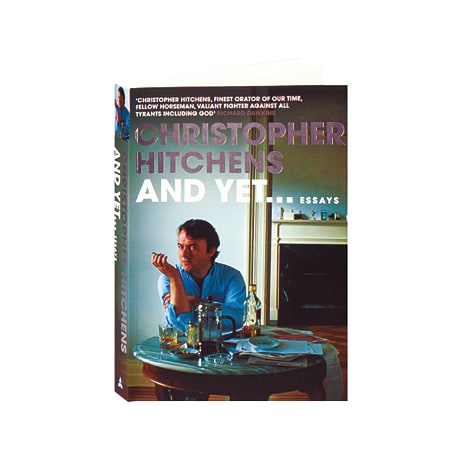 Throughout his life, Christopher Hitchens sought assiduously to affirm and reaffirm the ideas of secularism, reason, libertarianism, internationalism, and solidarity—values always under siege and in need of defending. For Hitchens, as for Henry James (who once remarked "nothing is my last word on anything"), there was always more to be said, and at the time of his death in 2011, he had left behind some quarter-million words in essays that had yet to appear in a book. This posthumous collection ranges from the literary to the political and is, by turns, a banquet of entertaining and instructive delights, including essays on Orwell, Lermontov, Chesterton, Fleming, Naipaul, Rushdie, Pamuk, and Dickens, among others, as well as his self-deprecating, laugh-out-loud "makeover."

"The best reason to read And Yet... may be its inclusion of a three-part essay, 'On the Limits of Self-Improvement,' that Mr. Hitchens wrote for Vanity Fair about trying to get himself in shape. It is as hilarious as it is wise, and I predict it will be published before long as its own pocket-size book.... The moment when Mr. Hitchens undergoes the male version of a Brazilian bikini wax ... has yet to be recognized, but surely will be, as among the funniest passages in this country's literature."—NYTimes