The Burning of Moscow: Napoleon's Trial by Fire 1812 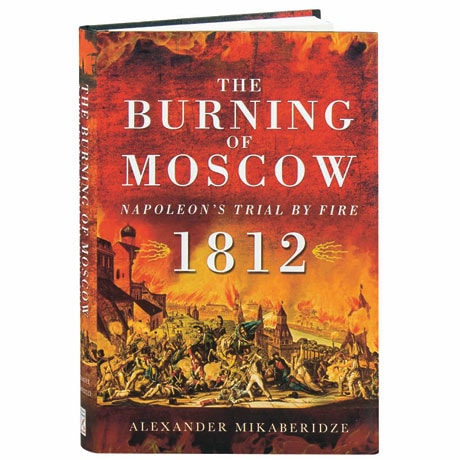 The Burning of Moscow: Napoleon's Trial by Fire 1812

As soon as Napoleon and his Grand Army entered Moscow on September 14, 1812, they found the capital in flames, and the blaze eventually destroyed two-thirds of the city. Five weeks later, the French emperor embarked on the long, bitter retreat that destroyed his army. The month-long stay in Moscow was a pivotal moment in the war of 1812, yet it has rarely been studied in the same depth as the other key events of the campaign, suggests Alexander Mikaberidze, who has written extensively on the war against Napoleon. Drawing from French, German, Polish, and Russian archival material in order to tell the dramatic story of the Moscow fire from both the French and Russian points of view, Mikaberidze also explores the Russians' motives for burning and abandoning their capital.