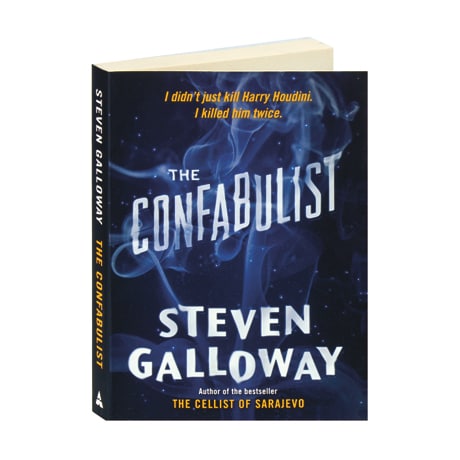 "The whole world knows me as the man who killed Harry Houdini, the most famous person on the planet," confesses Martin Strauss, a man who freely admits that he is losing his mind. "What no one knows, save for myself and one other person who likely died long ago, is that I didn't just kill Harry Houdini. I killed him twice." The author of The Cellist of Sarajevo here weaves an entrancing tale of Houdini—his life, his loves, his feats of daring, and his sudden death—and the misfit Strauss, whose fate seems to be bound to the showman's in calamitous ways. Steven Galloway explores fame and ambition, reality and illusion, and the ways that love, grief, and imagination can alter what we perceive and what we believe.

"A beautifully wrought novel about the grip of illusion and the way we tell ourselves stories to seek redemption, or forgiveness at the very least."—Washington Post

"A brilliant novel, and one that virtually demands multiple readings to pick up all the subtleties (especially concerning the end of the book, and enough said about that)."—Booklist (starred review)