In the Kingdom of Ice: The Grand and Terrible Polar Voyage of the USS Jeannette 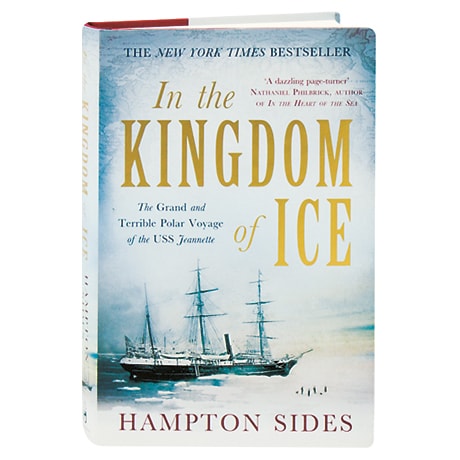 In the Kingdom of Ice: The Grand and Terrible Polar Voyage of the USS Jeannette

(Named one of the Best Books of 2014 by the Washington Post, Minneapolis Star Tribune, and Miami Herald) This is Hampton Sides's evocative and gripping account of a disastrous 1879 American polar attempt, and the heroic determination of Captain George Washington De Long and the 32 men of his expedition to survive after pack ice crushed their ship a thousand miles north of Siberia. Sides—editor-at-large for Outside magazine and the author of such popular histories as Hellhound on his Trail, Blood and Thunder, and the PEN USA Award winner Ghost Soldiers—gives us superb portraits of these men under the most harrowing conditions imaginable, as well as of the unexpected wonders of the ice world that surrounded them.

"A brilliant explosion of narrative non-fiction: detailed, moving, harrowing, as gripping as any well-paced thriller.... [A] subtle and rewarding book, an account of magnificent disaster, of courage devoted to attempting something that could not be done."—Times (London)

"Sides works story-telling magic as he evokes the pathos and suffering of what unfolded: De Long and his crew endured hardships that boggle the mind. But there is also beauty here.... [The author] writes superbly on the geography of Siberia and the Arctic, and the abundant bird and animal life the explorers encountered on their travels, which took them across ice, storm-tossed seas, treacherous tundra, rocky seacoasts, and volcanic islands."—Boston Globe