Irishmen in the Great War 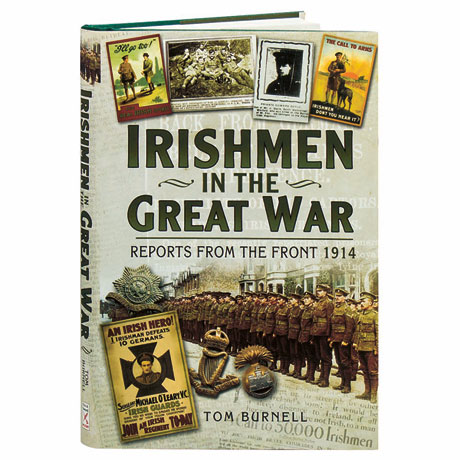 Irishmen in the Great War

Accounts of World War I almost invariably refer to "Great Britain," even though Ireland not too surprisingly had its own distinct experience of the 20th century's first major conflict. Scouring 27 Irish newspapers from the era, Tom Burnell has produced this intriguing book—which includes eight pages of illustrations—which is less a history than a collage of reportage, letters, memoirs, poems, and rumors. Told with characteristic Irish gusto and creating an immediate, firsthand experience of the Great War, here are descriptions of battles, medical breakthroughs, amazing escapes, and paranormal experiences.