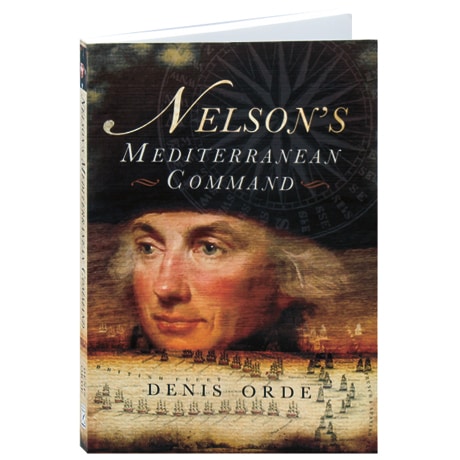 By 1798 Napoleon Bonaparte was all but master of Europe, and when he assembled a formidable expeditionary force at Toulon there was every reason to believe that Great Britain was its destination. England had no shortage of Royal Navy men ready to oppose the French fleet, among them Admiral the Earl St. Vincent, and Rear Admirals Sir William Parker, Sir John Orde, and Sir Horatio Nelson. The choice of Nelson over the others provoked great anger and even a challenge by Orde for a duel, only prevented by the king's intervention. A descendant of Orde, Crown Court judge and historian Denis Orde recounts how this pivotal power struggle played out during Nelson's subsequent battles in the Mediterranean, which culminated at Trafalgar.