Reaching Down the Rabbit Hole: Extraordinary Journeys into the Human Brain 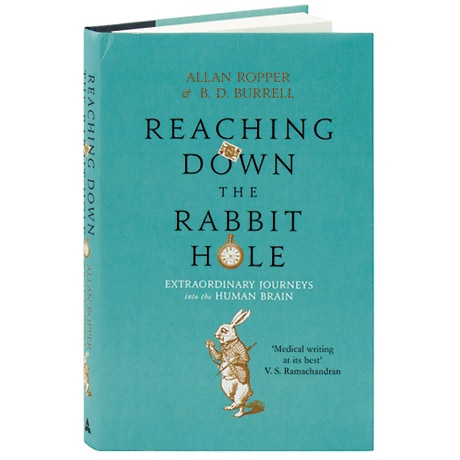 Reaching Down the Rabbit Hole: Extraordinary Journeys into the Human Brain

What are the challenges in trying to communicate with a patient and diagnose an ailment when the brain itself is under attack? Neurologist Allan Ropper describes extraordinary afflictions that he and his staff have confronted at the Neurology Unit of Harvard's Brigham and Women's Hospital. Like Alice in Wonderland, Ropper explores a place where absurdities abound, including a sportsman who starts spouting gibberish; a salesman who drives around and around a traffic circle, unable to get off; a figure skater whose body has become a ticking time-bomb; and a mother with ALS who has to decide whether a life locked inside her own head is worth living. Ropper discusses how to counsel those whose lives may be forever altered, and how to train clinicians to deal with the moral and medical aspects of brain disease.

"Told in a breezy style through a series of real-life case studies, Ropper's book offers a fascinating glimpse of the ways in which our brain can go wrong."—Financial Times

"Reaching Down the Rabbit Hole has the hard-boiled style of a Raymond Chandler novel. Like a real-life Dr. House, Ropper follows hunches and has sudden startling insights."—Times (London)

"[The book] tells it like it is on the front line of clinical neurology. Engagingly written, informative, often funny, it also manages to be moving without slipping into the sentimentality that too often infests medical writing.... If ever anything goes wrong with my brain, I'd like a doctor like Ropper to help sort me out."—Daily Telegraph