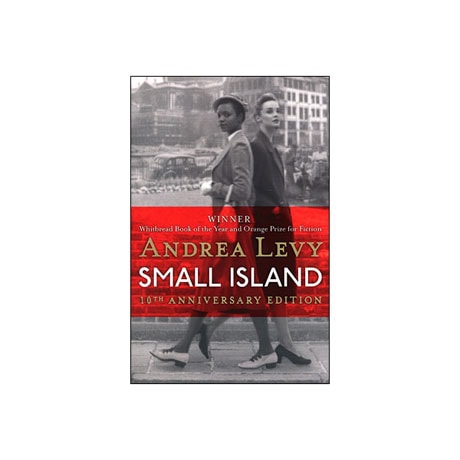 (A 2004 Whitbread Book of the Year and the winner of the Commonwealth Writers' Prize for the Overall Best Book, as well as the Orange Prize for Fiction, and later the inaugural Orange Prize "Best of the Best") Andrea Levy's stunning novel opens in 1948 London, as England is recovering from the war. Gilbert Joseph is one of thousands of Jamaicans who joined the RAF to fight against Hitler. He and his wife Hortense have come to London in hope of a better life, but the decrepit city is far from welcoming. In desperation he calls on his wartime friend Queenie Bligh, who rents them a room despite her neighbors' disapproval, as she doesn't know when her husband will return—or if he will come back at all. Through the voices of Gilbert, Hortense, Queenie, and Bernard, Levy—herself the daughter of Jamaican immigrants—handles the weighty themes of empire, prejudice, war, and love with a lightness of touch, lean storytelling, and an uncommon generosity of spirit that make this tale irresistible.

"Every scene is rich in implication, entrancing and disturbing at the same time; the literary equivalent of a switch-back ride."—Sunday Times (London)

"What makes Levy's writing so appealing is her even-handedness. All her characters can be weak, hopeless, brave, good, bad—whatever their color. The writing is rigorous and the bittersweet ending, with its unexpected twist, touching.... People can retain great dignity, however small their island."—Independent on Sunday (London)