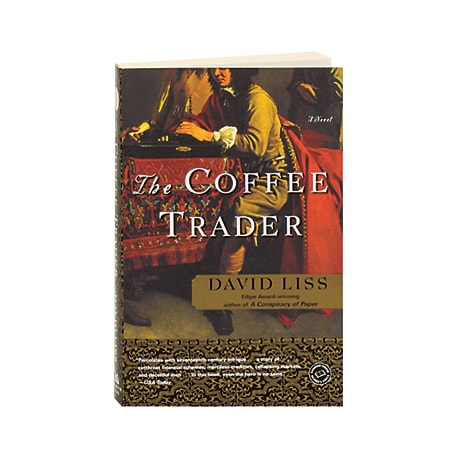 Amsterdam, 1659. On the world's first commodities exchange, fortunes are won and lost in an instant, as Miguel Lienzo—a sharp-witted trader in a close-knit community of Portuguese Jews—knows only too well. Once among the city's most envied merchants, Miguel has lost everything and—impoverished and humiliated, living in his younger brother's canal-flooded basement—must find a way to restore his wealth and reputation. He enters into a partnership with a seductive Dutch woman who offers him one last chance at success: a daring plot to corner the market on an astonishing new commodity called coffee; in order to succeed, however, Miguel must risk everything that he values and face a powerful enemy who will stop at nothing to see him ruined. In this novel by the Edgar Award–winning author of A Conspiracy of Paper Miguel will learn that, among Amsterdam's ruthless businessmen, betrayal lurks everywhere, and even friends have secret agendas.

"Percolates with seventeenth-century intrigue ... a story of cutthroat financial schemes, merciless creditors, collapsing markets, and deceitful men.... In this book, even the hero is no saint."—USA Today