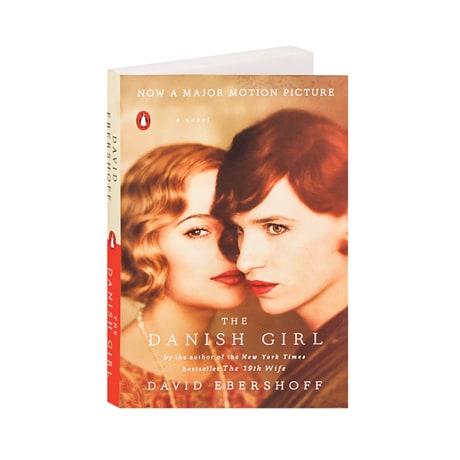 (A New York Times Notable Book of 2000 and the winner of the 2001 Lambda Literary Award for Transgender Fiction and the Rosenthal Foundation Award) Adapted as a major motion picture by Tom Hooper—with an Oscar-nominated performance by Eddie Redmayne—The Danish Girl is David Ebershoff's debut novel, inspired by the life of Danish painter and pioneering gender-reassignment patient Einar Wegener, who became Lili Elbe in 1930. Ebershoff gives us a tender portrait of a marriage, in which Greta Wegener, also an artist, asks her husband to step in for a female model, precipitating his journey of self-discovery and the subsequent changes in their relationship.

"Ebershoff, the publishing director at Modern Library, has taken a highly unusual subject—and a big chance—for his first novel. That it comes off triumphantly is a tribute to his taste and restraint and to the highly empathetic quality of his imagination.... Einar struggles with his inclinations to become the woman he and his wife, Greta, refer to as Lili, seemingly more agonized about what the change would mean than Greta, who is deeply loving and amazingly supportive throughout Einar's long ordeal. Seldom has the delicate question of sexual identity been more subtly probed; and Ebershoff's remarkable feel for the period atmosphere and detail of 1920s Copenhagen and early-'30s Dresden, where Lili's life-transforming operation is finally performed, has been poetically and intensely rendered. The portraits of the various medical men who offer their very different solutions to the problem are brilliantly accomplished. The original story ended much more unhappily than Ebershoff's, but his poignant and visionary conclusion is a fitting one for what is, above all, and despite its sensationalist trimmings, a profound and beautifully realized love story."—Publishers Weekly