The Devil's Making: A Mystery 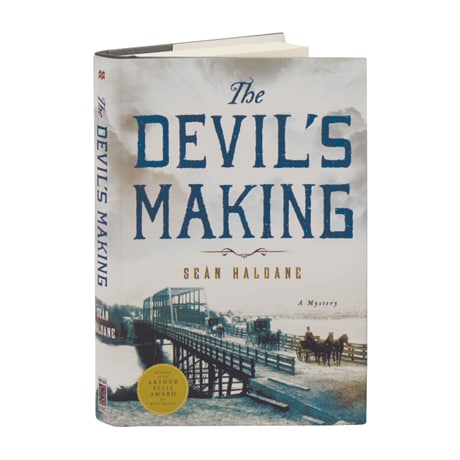 The Devil's Making: A Mystery

(Winner of the Arthur Ellis Award for Best Novel) British Columbia, 1868. A few thousand settlers uneasily coexist with a native population that vastly outnumbers them, but peace is challenged when a body is discovered: Dr. McCrory, an American alienist whose methods included phrenology and Mesmerism. Recently arrived from England, Chad Hobbes is the policeman who must solve the crime, in this 2013 novel by British poet and neuropsychologist Seán Haldane. At first it seems that the murderer was a medicine man who has already been arrested, but Hobbes's interest in a woman from the same tribe causes him to look at the case in more detail; once he does, he discovers that everyone who knew McCrory seems to have something to hide.

"Haldane never shies away from period-specific language and attitudes, which make readers feel as though they are walking the dirty streets of Victoria by his side. Historical whodunit fans will relish this exciting trip to 19th-century frontier Canada."—Library Journal (starred review)

"[Haldane] is a major talent. [This novel] combines Canadian history, solid crime plotting and a real sense of native-Canadian social history into a stunning tale of greed, deceit and murder.... Beautifully plotted and written, this is a terrific debut that promises greater works to come."—Globe & Mail (Toronto)