Even This I Get to Experience 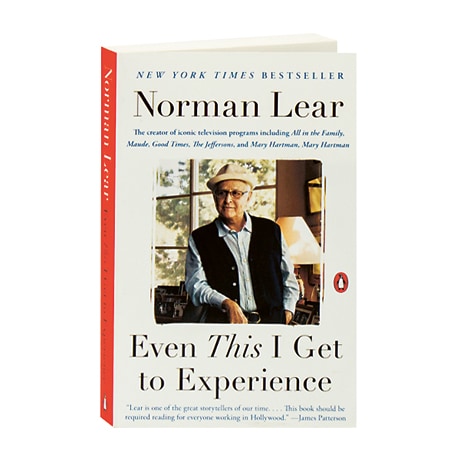 Even This I Get to Experience

Although he earned a shelf full of awards and lasting respect for producing such television milestones as All in the Family, Maude, and The Jeffersons, Norman Lear had already had a remarkable life by that point. In this "feisty, thoughtful" (Publishers Weekly) memoir from 2014, Lear reflects back on a Great Depression childhood shadowed by his father's imprisonment, and recounts tales of his own military service as an entertainer and a bomber during World War II, and his valuable apprenticeship writing for Jerry Lewis and Dean Martin. Every bit as poignant and compelling as any of his television scripts, here too are accounts of Lear's family life, weathering three marriages and raising six children whose ages spanned nearly half a century.

"Flat out, one of the best Hollywood memoirs ever written ... an absolute treasure."—Booklist

"[This is a] big-hearted, richly detailed chronicle of comedy, commitment and a long life lived fully."—Kirkus Reviews (starred review)