The Fierce Urgency of Now: Lyndon Johnson, Congress, and the Battle for the Great Society 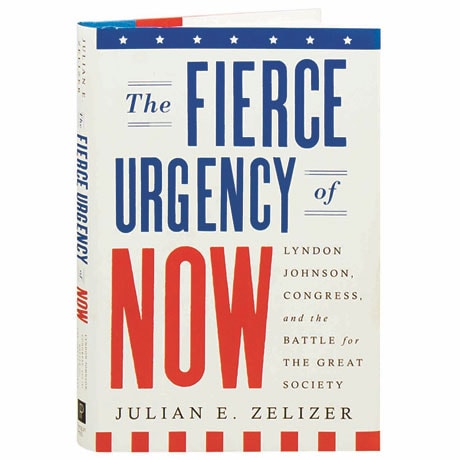 The Fierce Urgency of Now: Lyndon Johnson, Congress, and the Battle for the Great Society

In the first three years of his presidency, Lyndon Johnson spearheaded the Great Society—one of the most transformative agendas in American political history—presiding over the Civil Rights and Voting Rights acts, and the creation of Medicare and Medicaid, the National Endowment for the Arts, and the Public Broadcasting Service. As Julian Zelizer reveals here, however, Johnson's triumphs were hard earned, and neither the public nor Congress were as receptive as we may suppose. In addition to taking a closer look at the key players in this legislative tug-of-war, Zelizer also appraises the long-term results of these achievements and of America's dramatic shift to the left.

"Zelizer paints Johnson as a flawed—opportunistic, domineering, ambitious—yet impressive leader, who took advantage of a perfect storm of legislative and governmental conditions to push through an unprecedented number of projects and achievements; a president who gambled greatly while his party and a liberal majority were in ascendancy and won accordingly.... His focus on the conflict between conservative and liberal factions is even more timely in today's climate. Zelizer writes with an expert's deep understanding of the subject."—Publishers Weekly