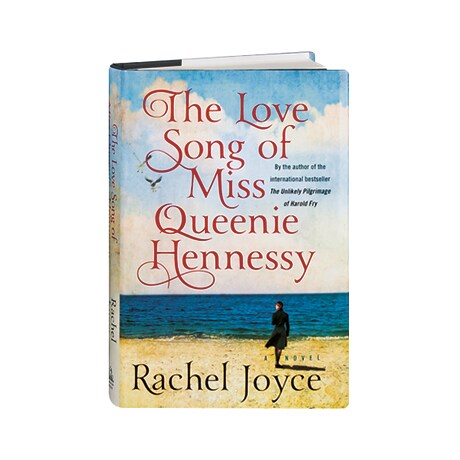 We loved The Unlikely Pilgrimage of Harold Fry, whose unassuming hero traveled the length of England on foot, spurred by a letter from his old friend Queenie Hennessy, writing from a hospice to say goodbye; in this poignant parallel story, Rachel Joyce brings Queenie's voice into sharp focus. Little knowing that Harold was making the trek, or why he hasn't responded, Queenie makes a journey of her own—one that is even bigger than Harold's. One word after another, she promises to confess long-buried truths about her childhood, her studies at Oxford, the heartbreak that brought her to Kingsbridge and to loving Harold, her friendship with his son, the solace she has found in a garden by the sea, and, finally, the devastating secret she has kept from Harold for all these years.

"In the end, this lovely book is full of joy. Much more than the story of a woman's enduring love for an ordinary, flawed man, it's an ode to messy, imperfect, glorious, unsung humanity.... [Queenie's] love song is for us. Thank you, Rachel Joyce."—Washington Post

"In telling Queenie's side of the story, Joyce accomplishes the rare feat of endowing her continuing narrative with as much pathos and warmth, wisdom and poignancy as her debut. Harold was beloved by millions; Queenie will be, too."—Booklist (starred review)