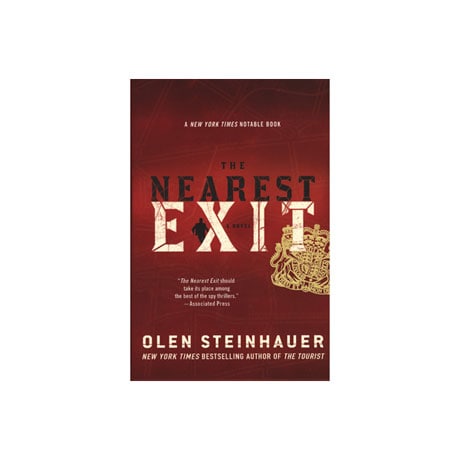 (A New York Times Notable Book) Faced with the end of his marriage, reluctant spy Milo Weaver returns to the CIA; first, though, he has to prove his worth to his new bosses. Armed with a stack of false identities, Weaver heads back to Europe, and aces his assignments. Then he's instructed to kill the 15-year-old daughter of Moldovan immigrants, and make the body disappear. For Weaver, it's an impossible task, and suddenly he's in a dangerous position—caught between right and wrong, between patriots and traitors—especially now that he has nothing left to lose. Olen Steinhauer's 2010 novel is the second in the trilogy, which began with The Tourist and concludes with An American Spy.

"Steinhauer delivers another winner in [this book], a spy novel that asks deeper questions about the price we extract from individuals in the pursuit of the so-called greater good."—Los Angeles Times

"Like le Carré's George Smiley, Weaver is a richly imagined creation with a scarred psyche and a complex backstory that elevates him above the status of run-of-the-mill world-weary spook."—New York Times Book Review