The Reckoning: Death and Intrigue in the Promised Land: A True Detective Story 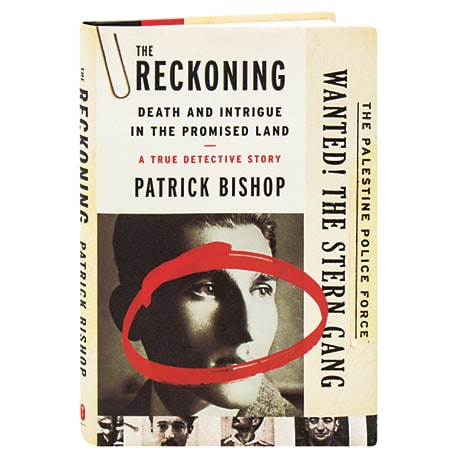 The Reckoning: Death and Intrigue in the Promised Land: A True Detective Story

On a cold, bright morning in February 1942, Avraham Stern was cornered in a flat in Tel-Aviv and shot dead. British colonial policeman Geoffrey Morton claimed that he was killed while trying to escape custody. But Stern was no ordinary criminal—he was in fact a militant Zionist, a self-proclaimed Jewish liberator of British Palestine, and a mastermind of bloody terrorist attacks against policemen—and witnesses insisted that he was executed in cold blood. His shooting inspired a cult of martyrdom that would ignite enmities between Jews, British, and Arabs in the Holy Land. Also the author of Fighter Boys and Bomber Boys, former foreign correspondent Patrick Bishop tells the story of two ruthless adversaries in the years before the state of Israel.

"Bishop has done a wonderful job of making intelligible the labyrinthine politics of the Palestine Mandate in the Forties.... A superb book that shines light on one of the murkier episodes of British imperial rule, and that confirms Bishop's status as one of our finest World War II historians."—Mail on Sunday (London)

"Bishop is a fine and economical teller of complicated stories. He sets up nicely the background to the Stern Gang's activities rooted in Jewish hostility to the British authorities.... The tale of the hunt is very well done ... though the bloody end is never in doubt the chase itself is exciting."—Times (London)