The Remedy: Robert Koch, Arthur Conan Doyle, and the Quest to Cure Tuberculosis 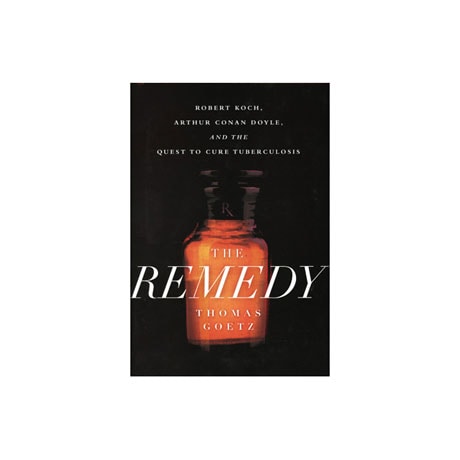 The Remedy: Robert Koch, Arthur Conan Doyle, and the Quest to Cure Tuberculosis

In the 19th century, tuberculosis was accountable for a third of all deaths, but in 1890, German researcher Robert Koch announced his cure. Small-town doctor Arthur Conan Doyle went to Berlin to cover the event, but after touring the ward of reportedly cured patients, was horrified to realize that the so-called breakthrough was an outright fraud; however, as Thomas Goetz reveals here, in a world desperate for relief, Koch's remedy wasn't so easily dismissed, and Europe's consumptives descended upon Berlin. Conan Doyle, meanwhile, returned to England determined to abandon medicine in favor of writing, and taking his cue from the scientific methods that Koch had formulated, created the character of Sherlock Holmes.