Shakespeare's Restless World: A Portrait of an Era in Twenty Objects 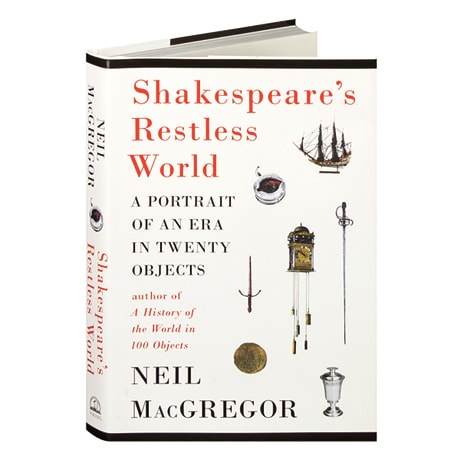 Shakespeare's Restless World: A Portrait of an Era in Twenty Objects

Though we feel as though we know the world of Hamlet or Macbeth through Shakespeare's vivid characters, we cannot understand them as his contemporaries did. In this brilliant work of historical reconstruction, British Museum director Neil MacGregor (also the author of A History of the World in 100 Objects) and his team have collaborated with the Royal Shakespeare Company and the BBC to bring us 20 objects that capture the essence of Shakespeare's universe. Seen here in more than 100 color photographs and described in detail, these artifacts invite us to travel back in history and to touch, smell, and feel what life was like at the cusp of the modern age.

"MacGregor wants us to see both how the past shapes and shades our present but—equally—how strange and alien it should feel.... He shows time and again how the epoch-making changes that the Stratford playwright both lived through and expressed still echo through our arguments and anxieties over community and identity."—Independent (London)