D-Day in Numbers: The Facts Behind Operation Overlord 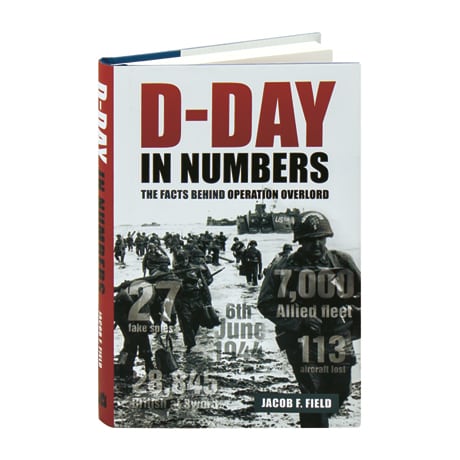 D-Day in Numbers: The Facts Behind Operation Overlord

From the 1,127 shells fired by the U.S.S. Carmick at Omaha Beach to 144 pounds—the average weight of an American soldier—and from 27 fictitious secret agents used in espionage to the Enigma machine's 159 quintillion possible settings, D-Day is an event that can be measured in numbers. While emphasizing the facts and figures of this fateful day, Jacob Field's book is also a potpourri of trivia that encompasses all of World War II, demonstrating that, in addition to the heroism and horror of the war, there is a fascinating nuts and bolts reality as well. Here are sales stats for Hitler's Mein Kampf, the price of a German Luger pistol, the age of the oldest battleship at D-Day, how many packs of cigarettes General Eisenhower smoked each day, and the tonnage of potatoes consumed by victorious Allied troops.