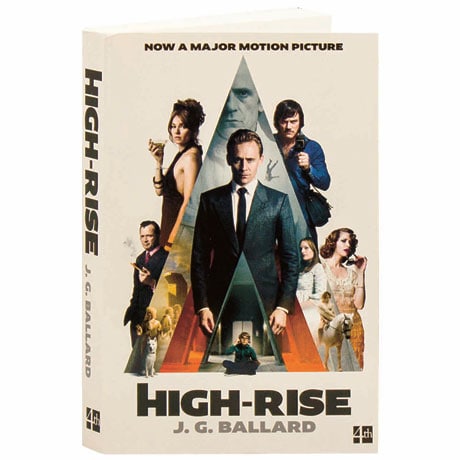 This 1975 novel by the author of Empire of the Sun, The Drought, and Crash paints a remarkable dystopian tale in a London high-rise apartment—the inspiration for the motion picture of the same name starring Tom Hiddleston and Jeremy Irons. The building was supposed to be the last word in high-tech, self-contained apartment living: a 40-story island of luxury on the edge of London, with its own supermarket, restaurant, gym, bank, and even a primary school. But as the residents become increasingly isolated from the outside world, the building turns into a microcosm—with the privileged on the upper floors—and as its systems break down, its society devolves into class warfare and savagery.

"Harsh and ingenious. High Rise is an intense and vivid bestiary, which lingers unsettlingly in the mind."—Martin Amis