They All Love Jack: Busting the Ripper 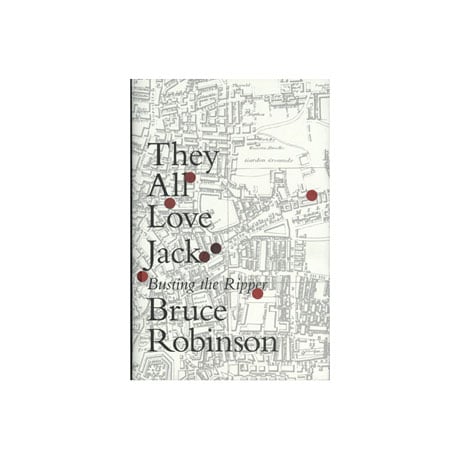 They All Love Jack: Busting the Ripper

The mystery of Jack the Ripper has spawned obsessive theorists and endless volumes purporting to reveal the identity of the murderer who terrorized Victorian London. But what if it was never really a mystery? What if the Ripper was hiding in plain sight, comfortable in his untouchability and leaving obvious clues, mocking those who were supposedly attempting to bring him to justice? Bruce Robinson—writer and director of the films Withnail & I, How to Get Ahead in Advertising, Jennifer 8, and The Rum Diary—takes us on an expressionistic journey through the cesspools of late-Victorian society. More than 12 years in the writing, his vivid and scabrous exposé of the highly placed villains, hypocrites, and institutionalized corruption in the official cover-up of the Whitechapel murders is a literary high-wire act reminiscent of Tom Wolfe or Hunter S. Thompson.

"Rarely has a book on Jack the Ripper been written with such visceral anger: anger at Jack, at 'Ripperology', at the establishment, and anger at the police cover-up that allowed one of the world's most infamous serial killers to remain free.... A bloody good read."—Guardian (London)