The Germans in Flanders 1915–1916: Images of War: Rare Photographs from Wartime Archives 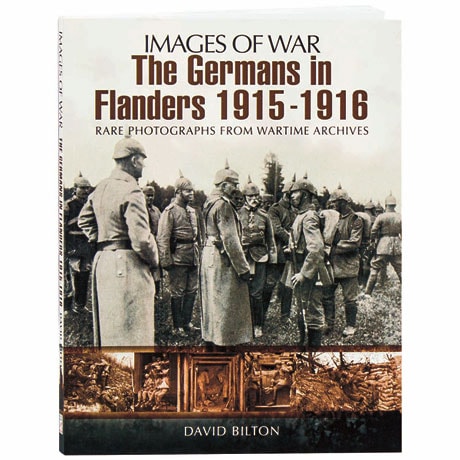 The Germans in Flanders 1915–1916: Images of War: Rare Photographs from Wartime Archives

By the second year of the Great War, it was clear to both sides that neither Allied nor Axis forces would be expelled from Flanders without a long and costly struggle; described here, the bloody stalemate at Ypres would last until the closing months of the war. Combat photographs were heavily censored in newspapers of the day, but this book includes eye-opening pictures from this theater of the war that soldiers sent home with their letters. From the August 1914 German invasion of neutral Belgium through the war's end four years later, Flanders in particular was at the heart of some of the war's fiercest fighting. Most histories have chronicled this time from the Allied point of view, but this book—part of a series that presents the occupation as seen from the Germans' perspective—includes dozens of black and white photographs as well as chronologies and individual histories of the military units.