The Germans in Flanders 1917–1918: Images of War: Rare Photographs from Wartime Archives 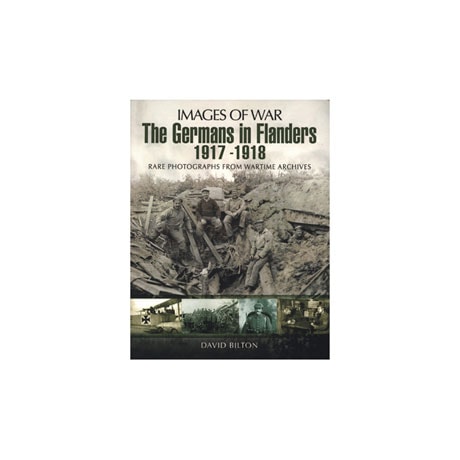 The Germans in Flanders 1917–1918: Images of War: Rare Photographs from Wartime Archives

At a point when some combatants believed that the Great War's fury had peaked, the 1917 Battle of Passchendaele tested the German military to its limit. Also covered in this survey of the war's final phase, modern weaponry—including tanks, airplanes, and poison gas—changes the nature of warfare. From the August 1914 German invasion of neutral Belgium through the armistice four years later, Flanders in particular was at the heart of some of the war's fiercest fighting, including the battles of Ypres. Most histories have chronicled this time from the Allied point of view, but this book—part of a series that presents the occupation as seen from the Germans' perspective—includes dozens of black and white photographs as well as chronologies and individual histories of the military units.