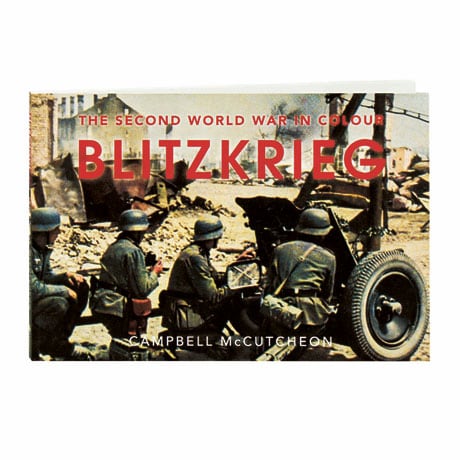 We may sometimes tend to visualize World War II in black and white, yet German photojournalists armed with Leicas and the latest in film technology used color photography to document the Nazis' early successes. The 140 photos in this book include images of an armored turret along the Maginot Line, destroyed by the invading forces; the view from a German destroyer in a Norwegian fjord; stormtroopers fighting in the Ardennes; a bomber pilot in his cockpit, diligently consulting an atlas; a lieutenant laying flowers at the graves of his comrades; a parson-turned-soldier, preaching to his troops from the pulpit of an abandoned church, and—still chilling after all these decades—German troops marching on the Champs-Élysées.