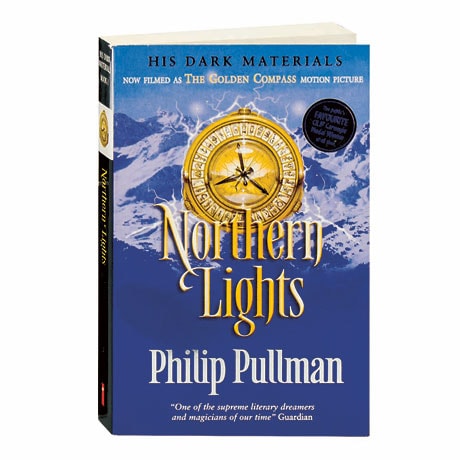 In books for readers 10 and up that have garnered the Carnegie Medal, the Guardian Prize, and been named ALA Best Books for Young Adults, Philip Pullman sets an epic fantasy series in a world as thoroughly realized as Narnia or Middle Earth—and, like them, now translated onto the movie screen. It is a world much like ours and yet very different, where everyone has their own daemon—an animal manifestation of their soul—and science, theology, and magic are inextricably linked. In this first book of the His Dark Materials trilogy, young Lyra Belacqua is a ward of Jordan College (similar to Exeter College in our own Oxford), though her days of pestering scholars and getting into mischief with her daemon Pan are ended when her fearsome uncle Lord Asriel returns from the far north with evidence of a substance that threatens the order of their world.

"Once in a lifetime a children's author emerges who is so extraordinary that the imagination of generations is altered. Lewis Carroll, E. Nesbit, C.S. Lewis and Tolkien were all of this cast. So, too, is Philip Pullman, whose Dark Materials trilogy will be devoured by anyone between 8 and 80. The most ambitious work since The Lord of the Rings, it is as intellectually thrilling as it is magnificently written."—New Statesman