Raising the Dead: The Men Who Created Frankenstein 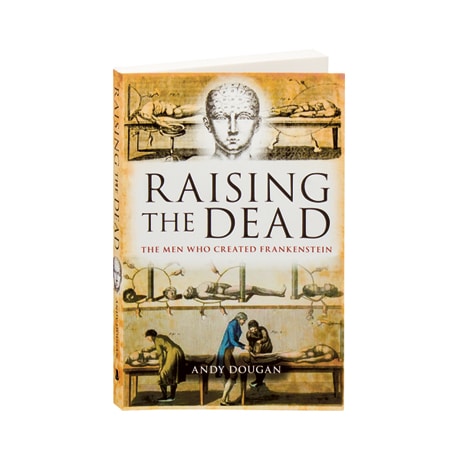 Raising the Dead: The Men Who Created Frankenstein

Mary Shelley's 1818 novel Frankenstein introduced the world to the concept of raising the dead through scientific procedures. Few realized that Shelley's story had a strong basis in fact; her modern Prometheus reflected a serious pursuit of some of the greatest minds of the day. Focusing on one of the most extraordinary attempts to achieve reanimation, in which Glasgow scientist Andrew Ure tried to bring executed murderer Matthew Clydesdale back to life, this book examines the work of 18th-century galvanists and others who believed they stood on the threshold of immortality. Andy Dougan explains how, though they failed in their quest, their work has informed such modern marvels as the defibrillator, deep brain stimulation, and miniature electronics to bridge damaged spinal cords.