Be Frank With Me 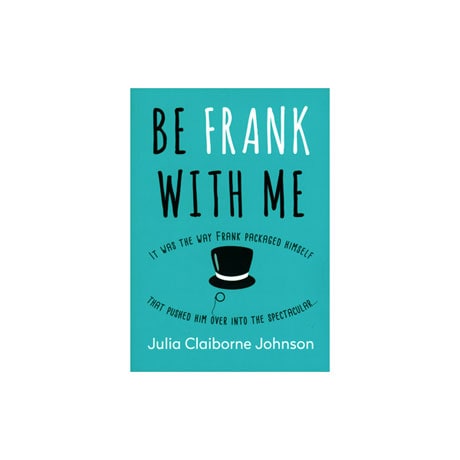 Be Frank With Me

Mimi Banning is a reclusive literary legend, who has been holed up in her Bel Air mansion for years, keeping her secrets and hiding from the world. Her son Frank is a modern nine-year-old boy with the wit of Noël Coward and the wardrobe of a 1930s movie star. When Alice is thrust into the Banning household, charged with looking after Frank, she doesn't want mysteries, she doesn't want eccentricity, and she certainly doesn't want a love affair. But she finds all of them under the Banning roof in this "hilarious and poignant" (Huffington Post) debut.

"Johnson's magnificently poignant, funny, and wholly original debut goes beyond page-turner status. Readers will race to the next sentence. And the next. Her charming, flawed, quietly courageous characters, each wonderfully different, demand a second reading while we impatiently await the author's second work."—Library Journal (starred review)