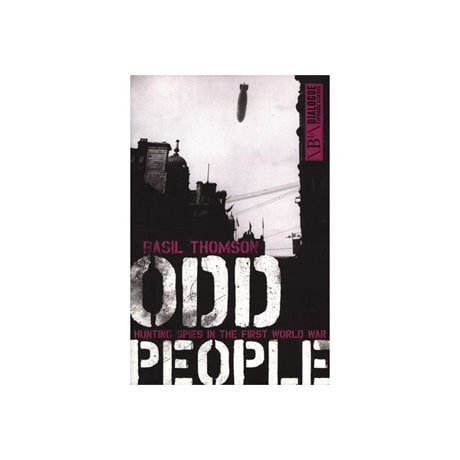 First World War espionage was a fascinating and dangerous affair, spawning widespread paranoia in its clandestine wake. The hysteria of the age—stoked by those within the British establishment who sought to manipulate popular panic—meant that there was no shortage of suspects. Exaggerated claims were rife; some 80,000 Germans were supposedly hidden all over Britain, for example, just waiting for an impending (and imagined) invasion. No one could be trusted. Against this backdrop, it was the responsibility of Basil Thomson—head of Scotland Yard's Criminal Investigation Department—to hunt, arrest, and interrogate the potential German spies identified by the nascent British intelligence services. Thomson's story follows the trails of the many people he tracked, including the famous dancer, courtesan, and spy, Mata Hari. Yet Thomson's activities gained him enemies, as did his criticism of British intelligence, his ambition to control MI5, and his efforts to root out left-wing revolutionaries, which would ultimately prove to be the undoing of his career. Thomson's insightful and wittily observed account offers a rare glimpse into the dizzying world of spies and the mind of the detective charged with foiling their elaborate schemes.