From Ice Floes to Battlefields: Scott's 'Antarctics' in the First World War 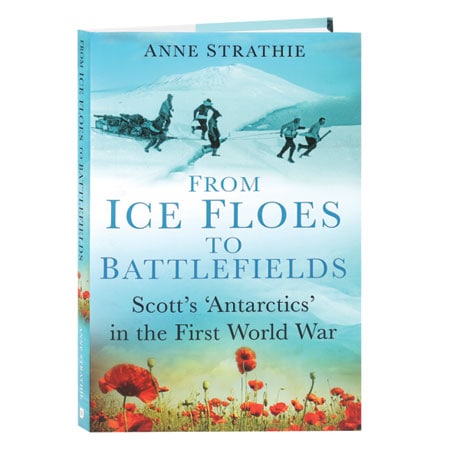 From Ice Floes to Battlefields: Scott's 'Antarctics' in the First World War

February, 1912. Harry Pennell and the Terra Nova—an expedition to aid Robert Scott in his quest to reach the South Pole—were turned back by storms; they were soon informed that Roald Amundsen had attained the Pole, and the following year, it was revealed that Scott and his party perished in Antarctica. As Anne Strathie relates here, the sudden outbreak of the Great War stirred Scott's "Antarctics" into action again, and these men distinguished themselves with their hardiness and bravery, fighting in the Russian Arctic, at Gallipoli, and on the Western Front. Featuring 16 pages of photographs, the book follows these intrepid souls through the war and into their no less active lives afterward.