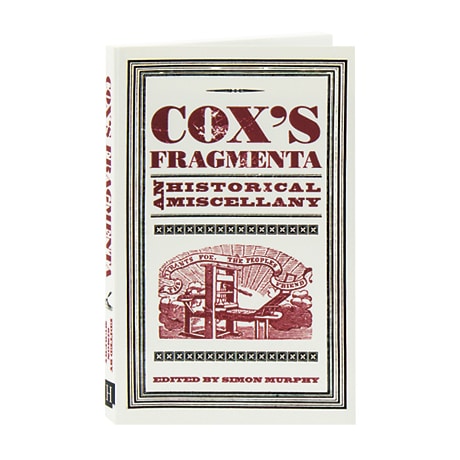 Erotic misdemeanors in an Irish beanfield, the recipe for a frog barometer fresh from the French court, a parrot convicted of heresy and burnt at the stake in Spain, a Dutch stage effect for ejecting a wig (by means of a spring) during Hamlet's ghost scene—these are just few of the 18th- and 19th-century news items of London and Birmingham that jostle seemingly at random in the volumes of clippings collected by draper Francis Cox (1752-1834), who bequeathed his Fragmenta to the British Museum. For 60 years Cox accumulated articles on everything from duels to playhouses, foreign travel to warfare; Simon Murphy has selected the most amusing and bizarre to create this historical miscellany of intrigue and delight.