Far & Away: Reporting from the Brink of Change: Seven Continents, Twenty-Five Years 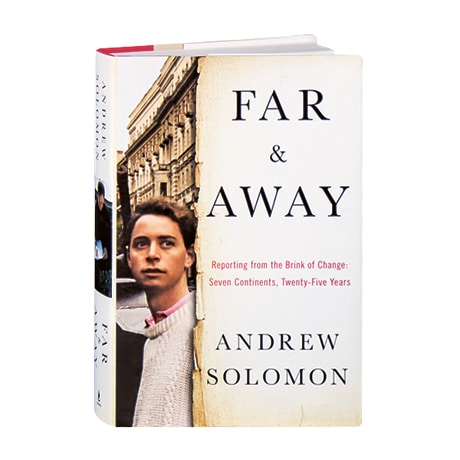 Far & Away: Reporting from the Brink of Change: Seven Continents, Twenty-Five Years

(A 2016 New York Times Notable Book of the Year) Psychologist Andrew Solomon—the president of PEN American Center and author of the National Book Critics Circle Award winner Far from the Tree and the National Book Award winner The Noonday Demon—is one of the most original thinkers of our time. Here he presents a collection of riveting essays about places undergoing seismic shifts—political, cultural, and spiritual. Chronicling his stint on the barricades in Moscow in 1991, when he joined artists in resisting the coup whose failure ended the Soviet Union, his 2002 account of the rebirth of culture in Afghanistan following the fall of the Taliban, his insightful appraisal of a Myanmar steeped in contradictions as it slowly, fitfully pushes toward freedom, and many other stories of profound upheaval, this book provides a unique window onto the very idea of social change.

"His prose sparkles with insights and captivating description, whether he is observing camels in Mongolia ... or eating his way through China."—NYTBR

"Intense purposefulness is what makes this book extraordinary. Travel is usually self-serving. Solomon's is seldom that. Hope fuels his voyages.... This is a very noble book."—Washington Post

"[A] deeply humane book [that] cuts against the grain, urging readers to exit their comfort zones and engage with new people and unfamiliar points of view.... Solomon's reporting from far-flung places is surprisingly powerful, a bighearted response to a divisive era."—Minneapolis Star-Tribune