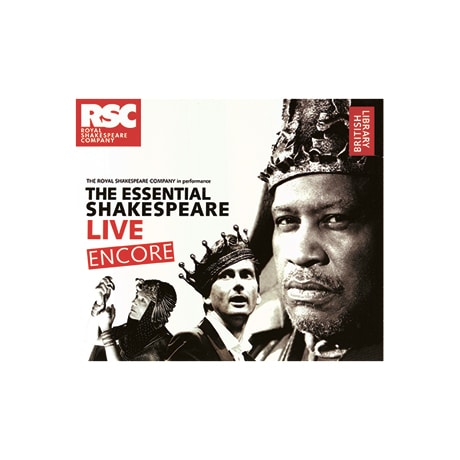 Following up The Essential Shakespeare Live, this second collection features scenes and speeches taken from Royal Shakespeare Company productions recorded by the British Library and the RSC before live audiences in Stratford-upon-Avon and London. The portrayals in these 21 extracts, chosen by RSC's chief associate director Gregory Doran, range from Paul Robeson's legendary Othello in 1959 to Ian Holm and Hugh Griffith in Henry IV, Part 1 (1964), Barrie Ingham and Judi Dench in A Winter's Tale (1971), Jonathan Pryce and Sinead Cusack in Macbeth (1987), and Patrick Stewart and Harriet Walter in Anthony and Cleopatra (2006).

"What a treasure trove these discs prove for lovers of Shakespeare and great acting. In the new volume you can hear Paul Robeson's magically voiced Othello, still sounding wonderfully fresh and sonorous 50 years on, and time travel through the decades right up to David Tennant's Hamlet last year, with its magical mixture of sharp intelligence, humor, and depth of feeling.... I cannot recommend them too highly to anyone who loves Shakespeare."—Telegraph (London)

"It's fascinating to listen to. You can hear the changes, across the decades, in how actors read their lines (more freely these days), and in how the audience reacts (more vocal now). You also get a sense of the glorious plasticity of Shakespeare's material, how much it can change in different hands."—Guardian (London)